Comments Off on The ‘Wells by Night’ 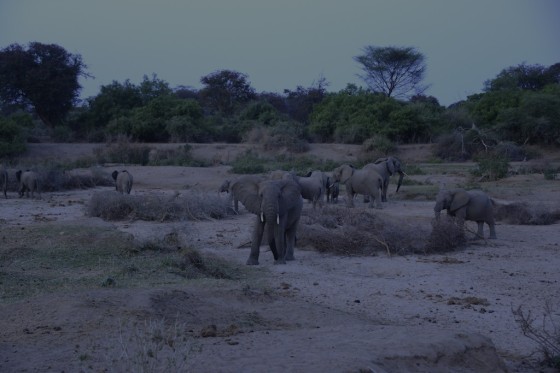 The ‘Wells by Night’

We visited the wells in the late afternoon, and found that other animals visited there too. The water levels THIS year are abnormally high, which means that life is not too arduous for a few months, unless of course there is a drought.

We sat quietly at the edge of the thicket watching the riverbed, and the night crept in like a mist. Suddenly there were shapes and shadows darkening and moving…all from the other side. Several small herds of cow elephants and their calves emerged from the tall treeline and made their way into the river bed, straight to the wells. The cows and older animals knew exactly how to deal with these flimsy, but spikey barriers. They grasped the bare ends of the branches and pulled them out of the way, and once clear, stepped forward and drank deep and long from the wells……with great hollow, gushing sounds. Water dribbled down their dusty, wrinkled chins and they seemed to savour each trunkful, pausing, before extending their elastic noses once again.

Once they had drunk they stood around, ears slightly raised and trunks resting on the sandy beach between their oval toenails, and gradually wandered off up the bank and out of sight. They were wary and listened for any strange noises. A young bull stood and gazed in our direction for some time before moving away. Some of the youngsters tussled and wrestled with each other briefly, before silently disappearing too.

We sat spellbound by the silent cameos we had watched. Hardly a sound had been made.

A shifty shape came nosing down and I used my binoculars to follow a spotted hyena walk with watchful eyes to a well that had been ‘opened’ by the elephants. The hyena quartered the area carefully before dropping down a few feet to drink. We sat silently…quiet observers spellbound by this scene. A genet, small and lithe appeared and foraged amongst the few stalks of plant life along the edge of the bank, before it too crossed over and disappeared from our sight.

We sat for a short while longer before ruining the magic by starting the engine, and we returned to camp. 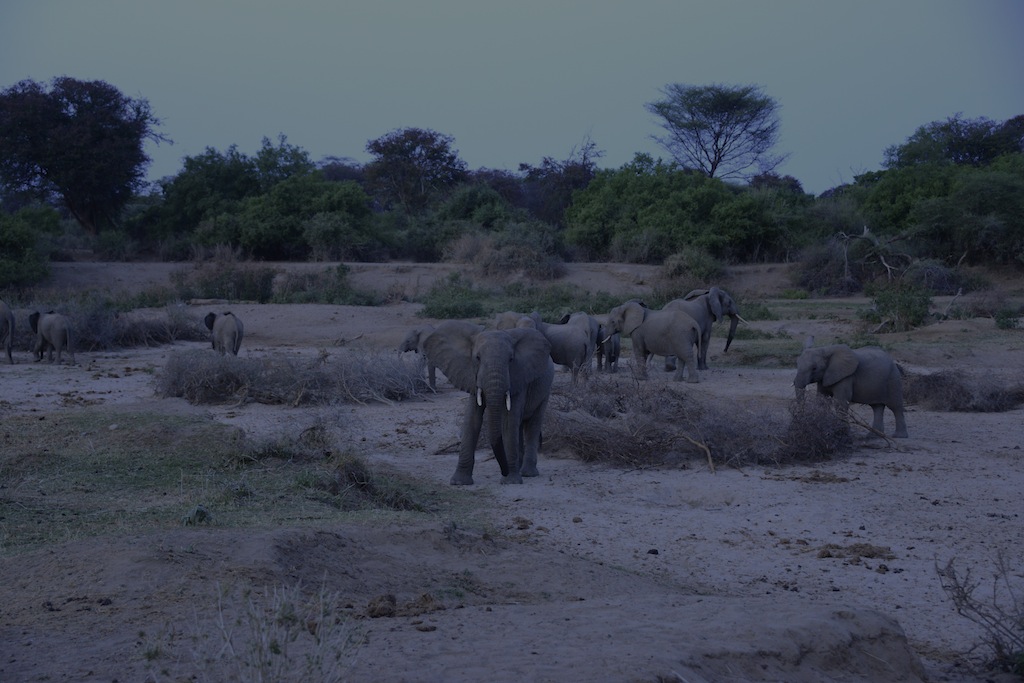 Elephant herds at the wells.