Comments Off on The “Singing Wells”. Part 1. 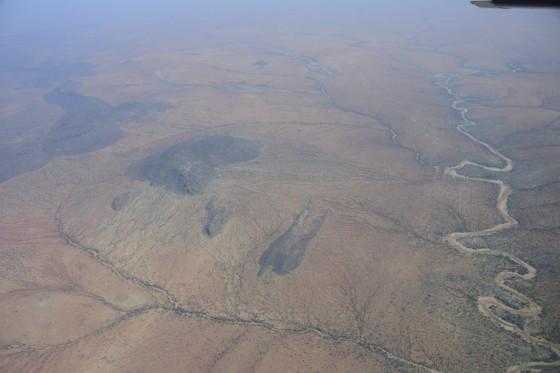 Sarara Camp is THE place to witness a unique and riveting aspect of a culture far removed from the trappings of (oh, dear…what a cliche!) the western world and ‘IPhones, Ipads…I-Everything’. Here the Samburu people, who are a colourful and proud anthropomorphic branch of the better-known Masai, choose to live in a dry, harsh and unforgiving landscape of northern Kenya. Samburuland is north-central Kenya, beyond the Mathews Range of hills where the Sarara river and its’ tributaries trace a line of punctuated greenery across a sandy ochre soil scape. This is a lifeline in most years when the water levels in the river line disappear below the sand beyond the reach of most creatures…except elephants, who are able to follow the water table for a while by digging with broad feet and trunks to a depth of about five feet. At that depth the small calves are doomed to die a desperate death because they cannot reach the turbid liquid with their inexperienced and questing trunks. For all their great aptitude to learn and adapt they have never learnt to transport water to eachother..instead the adults live and the calves suffer and must die. There is no compromise in the bush for the wild.

The Samburu are cattle and livestock people. They love their animals with a protective passion that motivates them to go to extraordinary levels, literally, to save their livestock. They own sheep, goats, donkeys, camels and their most precious asset, zebu x boran cattle. They, like the Masai do not eat wildlife, but only domestic stock. Their livestock are their ‘wealth’ and transport system, food and security in a tough landscape where the weak disappear.

So, the men dig a well.   Male family members share the digging, or friends help each other, because out here nobody survives alone, and helping eachother is a way of life….unlike in many western city societies where that admirable trait has been eroded by migration, distrust and a dog-eat-dog attitude that is sometimes found in those sort of commercial societies.

The well is generally big enough for a man to swing his bucket easily as he scoops the water. So, about six or seven feet in diameter is common. The sides of the well are naturally sandy, and collapse if trodden on by heavy weights (like a thirsty elephant) so the wells vary a bit. To prevent other animals spoiling the well when the water is still within reach of a long trunk (!!) or falling in and spoiling the water with dung and urine, the men cut and lay branches around the edges of the well.

To hold the water, the men select and cut a branch of a tree ( a Commiphora or Cork wood tree), and hew a trough into this branch, which may be up to six feet long….enough for six beasts to drink at the same time! The trough is placed up on the sides of the well, far enough away to prevent the sides collapsing, with the edges of the trough protected by the protective barrier of branches.    The livestock drink during the day, normally at about ten thirty in full daylight when they are safe from predators and also that is when they arrive at the river from their bomas.

There is an important ritual associated with this, to most of us, mundane activity.

The herds are minded by herdsmen, normally younger members of the family….and I add, either girls or boys.  They bring the herds to the vicinity and keep them either in specially built thorn enclosures or feeding just a short distance from the river. Imagine now, for example three hundred head of mixed livestock being held by several different youths in the same vicinity, but kept separate by the herdsmen, some feeding and others in temporary enclosures. The dryness, the heat, the dust and inevitably ‘runaways’ being pursued by stick-wielding herdsmen! Potential chaos….but not so.

When the river has dried and the water levels dropped, in some years at least 16 to 25 feet, the men gather to see whose well is yielding the better volumes of water. Stripped naked, and with passive demeanours and a sense of purpose…they climb down into the well. The well would now be a mere four feet in diameter, all the way down to the water, allowing a man to stand, legs comfortably astride, feet in place in steps cut into the wall, and bend forward to receive the skin bucket from the man below him, and hand it up. Then the Singing starts!

See tomorrows story to find out what happens next!!

Aerial View, Samburu. No grass in September. A river of life!