Comments Off on Tan and Pang Family Safari 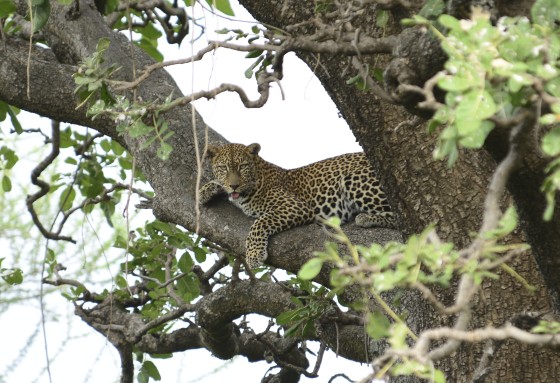 The Caravan banked and turned at last, curving down towards the tiny strip, a smudge on the sketchy green of the plains, just inside the sinuous curves of the Grumeti river silver and smooth, that winds its’ way across this part of the Serengeti.  The two Singaporean families who were my guests on this trip chattered excitedly in Hokin and English as I pointed out animals, and suddenly the dark ‘dots’ took form. ‘Gavin, Gavin….THESE are wildebeest??………….’  A dark mass of animals walked  along the edge of the river, some of the herd rested amongst the scattered flat topped acacias, like carelessly scattered toys.  The dark ‘cloud’ of moving creatures represented for me one of the earth’s most unique and wonderful spectacles.

They had traveled across half the world to see this…the annual migration in the Serengeti. 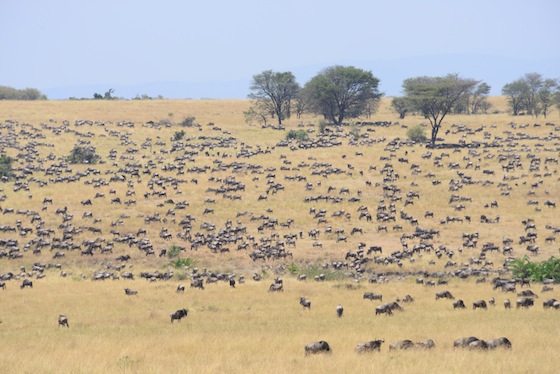 A tiny percentage of the population feeding quietly in northern Serengeti

The bulk of the herd had moved on ten days previously, but there were still A LOT of White-bearded gnu, as they are correctly named.  Thousands upon thousands of these bovids still remained…the vanguard of the million or so that perennially make this trek across the plains. The pilot grinned to himself. He had heard this excitement many times as flew travellers in to the bush strips at various points of entry in the Serengeti, and still he smiled…excitement of this nature is infectious! END_OF_DOCUMENT_TOKEN_TO_BE_REPLACED