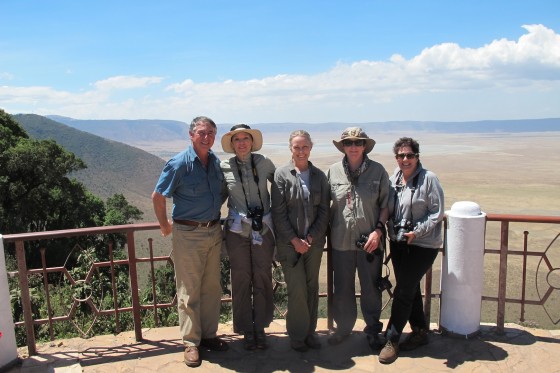 The day started well, and we managed to find a critical piece of camera gear without which no keen photographer should depart on her first african safari………a battery charger. Viva Ibrahaims Camera Centre!  Whilst we were negotiating the wretched traffic which moved like a one legged snail through the crowded streets, we chatted about the history of Kenya, and some its’ characters like Ewart Grogan, Mzee Jomo Kenyatta, the role of the British in Africa and some of the other countries that were colonised. History 1.01.

We finally reached the Giraffe Centre and with a deep breath, paid our dues and wandered up to the centre where a lovely young female giraffe, named Stacey was stuffing her cheeks with cubes. Focused on food, she allowed my guests to stroke her ‘horn’ tassels and admire her deep languid eyes, and of course obliged them with a sticky cube-retrieving-kiss and a touch of her delicate, soft lips. Interesting how her muzzle is covered in a speckling of sensory hair pits.    They were entranced…..as they should be! 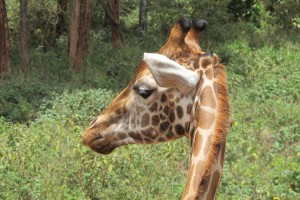 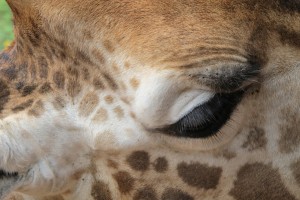 After a short presentation from Joseph about giraffes in general, mit bones and lower jaw to illustrate the point, we continued, after collecting a few fun pictures of the mass of baby warthogs that scuttled around collecting cubes dropped by visitors during the feeding of the giraffe.

Karen Blixen’s Museum house was next, and then off across the suburb to Daphne Sheldrick’s Elephant Orphanage. Speed humps should be banned for the unsuspecting…..and educated. I nearly lost my equilibrium when a portion of my water bottle contents landed in my manly lap. (We did collect a great image of a bushbuck ram of slate colour on the way in.) All of the lady guests fell in love with the elephants…surprise, surprise….and even AFRICA INSCRIBED PRIVATE TRAVEL adopted a calf as well. “We” have a small menagerie of adopted babies around the world, so it was time we took on an elephant as well. So, a young, delicate female calf called Laragai, is now part of our fold.  I am familiar with Borana Ranch, and Laragai, the safari lodge located there. So, it was fitting that we should be part of her future. The elephants went past, one by one.. 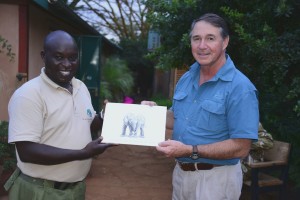 Edwin, the Manager of the Centre presented me with Laragai’s donor certificate.

We were all happy that it had been a good day, and Laragai cast me scarcely a glance when I gave her the good news, her twisting flex-hose nose was buried deep in her fodder, as she rested on three legs!  She is a contented calf with part of her future assured in this wonderful, caring foster home with deeply committed staff to see to her every need. With final longing glances my guests filed back to the car park each with a folder of their new ‘charges’ in their hands.

← Mark & Kathy at Mara Plains
Off to the Bush…thank goodness. →