Comments Off on 9 Africa Myths Debunked

The image of Africa portrayed by the media is most often fill with misconceptions and generalizations which leaves a lasting negative impression on the reader or viewer.

We hope to dispel some of the common myths in our latest blog focusing on Southern and East Africa. 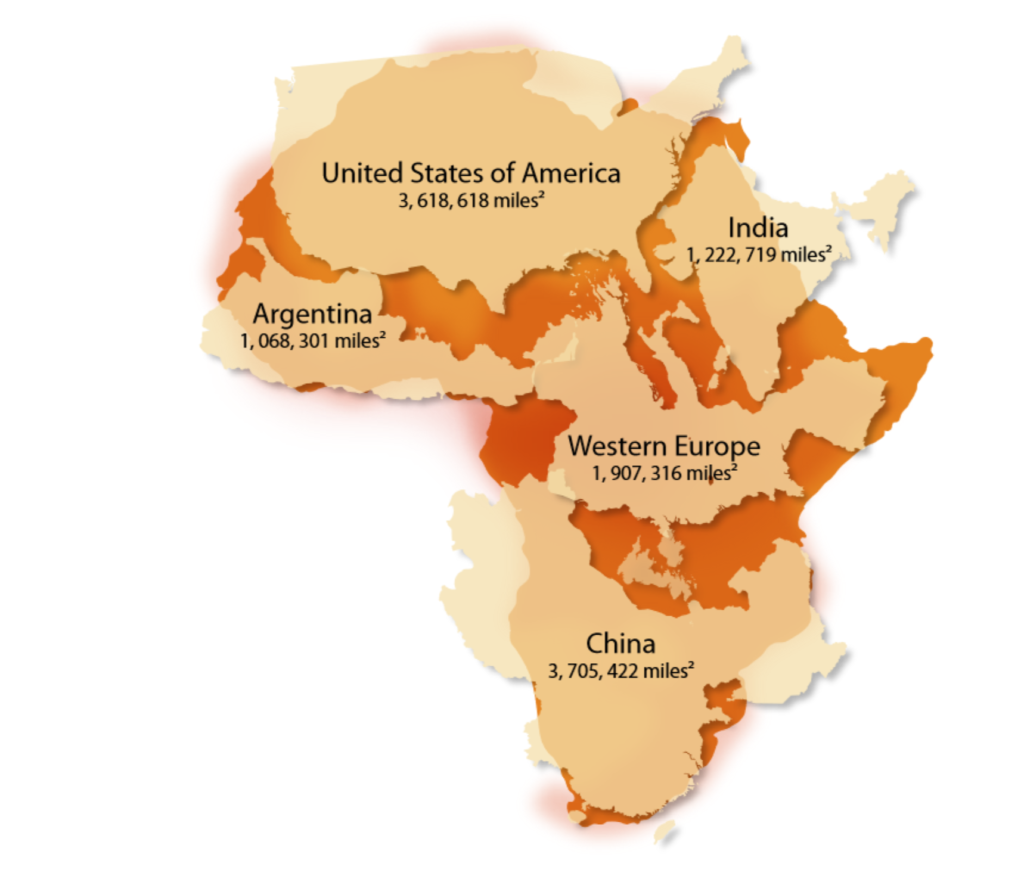 There are also over 3000 ethnic groups (people described by the cultural heritage and customs, not their race) who practice a variety of religions including Christianity, Islam, Judaism, Hinduism, and traditional religions specific to their ethnic group.  These different ethnic groups and peoples of Africa also display an extremely wide difference in physical variation and so cannot be lumped into a single group.

Africa and her people are diverse, beautiful, talented and complex and by referring to Africa as a country we fall into the trap of perpetuating the narrative and the “single story” the world is shown by the media.  There is so much more to this continent.

The map gives a more accurate perspective of the size of Africa. 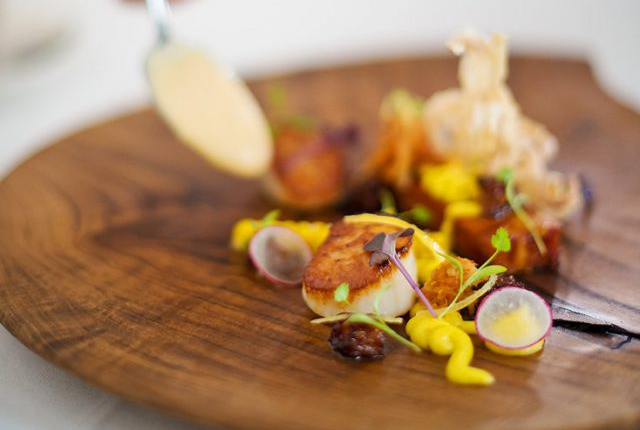 Myth 2: The food is mostly “tribal” or basic

Africa is filled with an array of diverse foods, really it is foodie heaven.  There are traditional foods from all the different cultures and if you look at the history of food you will realise it has been influenced by many cultures, Bantu, Dutch, Malay/Indonesian, Indian and European.

Southern Africa, has evolved with the rest of the world offering high quality restaurants and establishments that sometimes need bookings to be secured months in advance.  You will also find amazing street food, hip spots offering windows into the pulse of the country with delicious traditionally inspired but modern menus, chain restaurants and fast food.   We have it all.  Fine dining, a braai/chisa nyama (barbeque done South African style is an experience), eating in a local township on a tour, food festivals, farmers markets and more.  High quality food is found everywhere including the lodges and camps where accessibility is difficult, and you would not expect to find such fine dining.  We are foodies and all of these food experiences are heightened by our diverse cultures, the melting pot that is Southern Africa, glorious weather and some of the best wines in the world.

Africa has definitely be painted with one big brush as being unsafe. The media have grabbed onto stories and run with them, rarely highlighting the positive but rather using the negative and salacious to paint a picture of “Africa”.  Yes, there are some countries that should be avoided (check your countries travels warnings and familiarise yourself with the travel warning levels to make educated decisions), but that should not stop you from visiting all the other incredible countries the continent has to offer.

In 2018 there were 10 million tourists to South Africa, 2 million to Zimbabwe and 2 million to Kenya. Africa’s tourism sector has grown steadily for years and in 2018 global tourism had its highest growth since 2010, mainly driven by Africa.

No matter where you travel in the world, you should always be aware of your surroundings, use your common sense, be vigilant with your belongings and valuables and take local advice on any areas to avoid.

Southern and East Africa have generally superb weather, but it’s not always hot.  Like any country there are four seasons with weather fluctuations and changing weather and climate across a range of terrains.  In Southern Africa you will experience a hot/warm summer, cool/temperate autumn and spring and a cool/cold winter in June, July and August.  Snow falls in some of the mountainous regions (Drakensburg, Lesotho, regions of Western Cape).  What’s great is that even though mornings and evenings can get cold (think 0oC, sometimes colder), the days are beautiful and warm up to the late teens and even early 20’s.

Closer to the equator Rwanda, Kenya and Tanzania the difference in the seasons is less extreme, but the winter months of June, July and August can still be chilly in the morning and at night, especially at high altitudes.  Otherwise generally warm to hot weather can be expected with a rainy season.

Anytime of year, it is always recommended to carry something a little warmer for a potentially cool or chilly morning or evening, pack to dress in layers and yes, always pack sunscreen and a hat, no matter what the season.

It is also always highly recommended to research the weather and climate for the area you are travelling to as there can be variations within seasons. 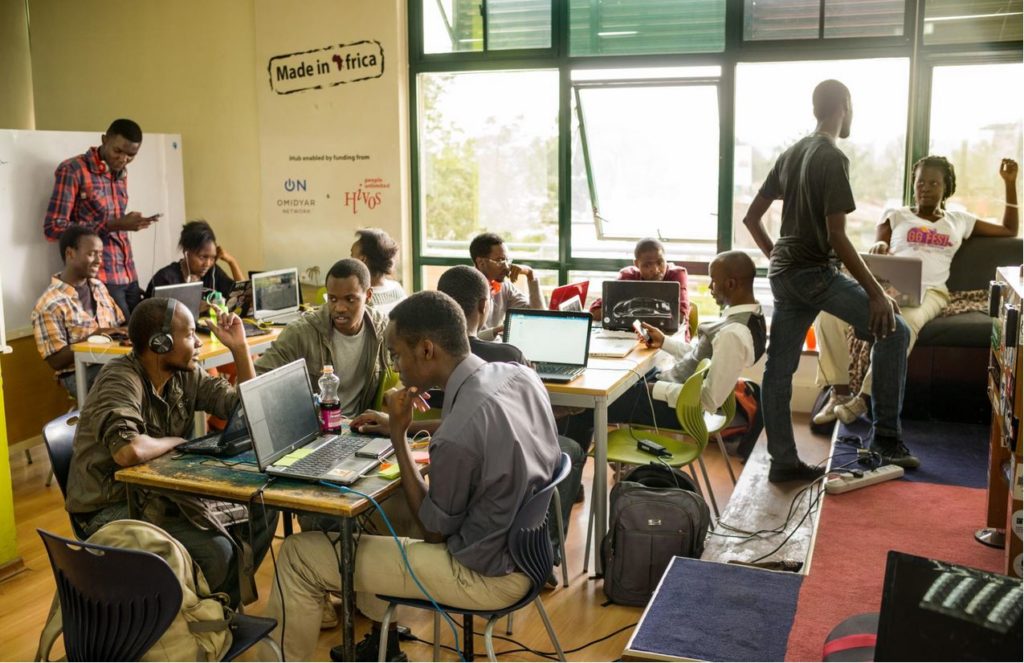 Africa is going through a technological revolution, leapfrogging computers for internet connections through mobile devices.  There are communities without running water, but with smartphones and tablets.  Farmers are using apps and drones to assist their farming production.  We have extensive fibre networks, mobile connectivity, 4G (soon to have 5G) and wifi connectivity in rural and remote areas.  It’s not uncommon to be driving along a rural road to find someone chatting on the mobile, miles from anywhere.  Extensive connectivity has spurred on techpreneurs and remarkable advancements by innovative young Africans.

Did you know that there are 90 million mobile connections in South Africa (just shy of double the population) and 20 – 22 million smart phone users?

Did you know that Kigali, the capital of Rwanda, is seen as the Silicon Valley of Africa leading the African continent in technological advancements? 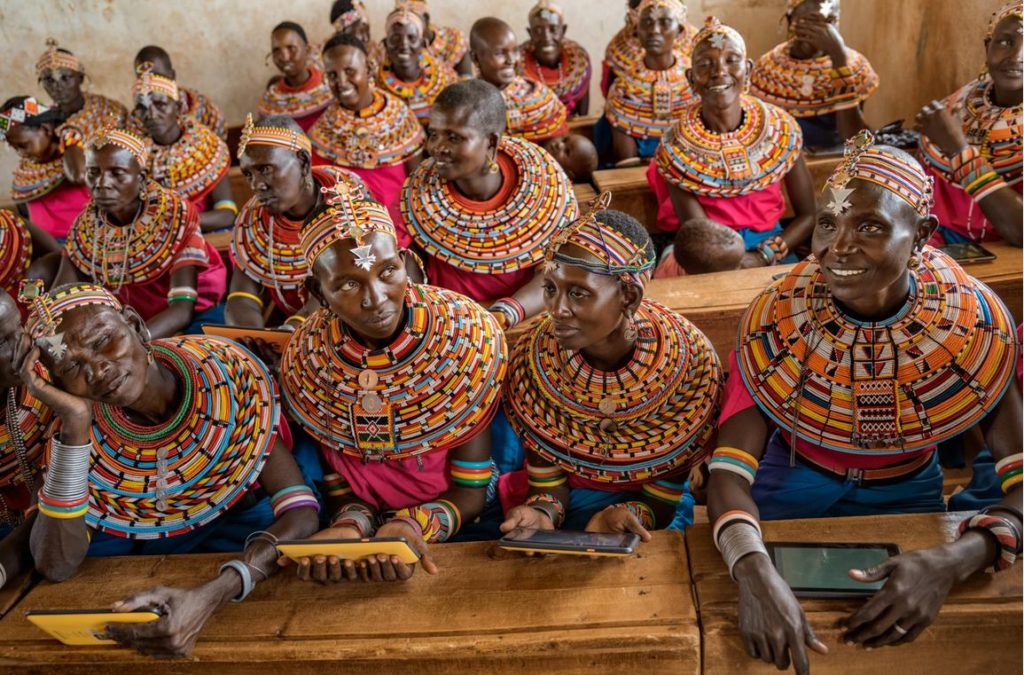 Each country has innovations hubs, training and funding for tech.  We are not behind the rest of the world – these “3rd world” countries will surprise and delight you with the innovation.

Social media (FB, Twitter, Pinterest, WhatsApp) is a way to connect, be heard by other Africans and on a global scale, date, share stories and experiences and even more than that, conduct business.

We have some of the most luxurious lodges, camps, hotels and resorts in the world– you will be able to connect almost all of the time, however we hope you disconnect for just a little while and immerse yourself in your travel experience. 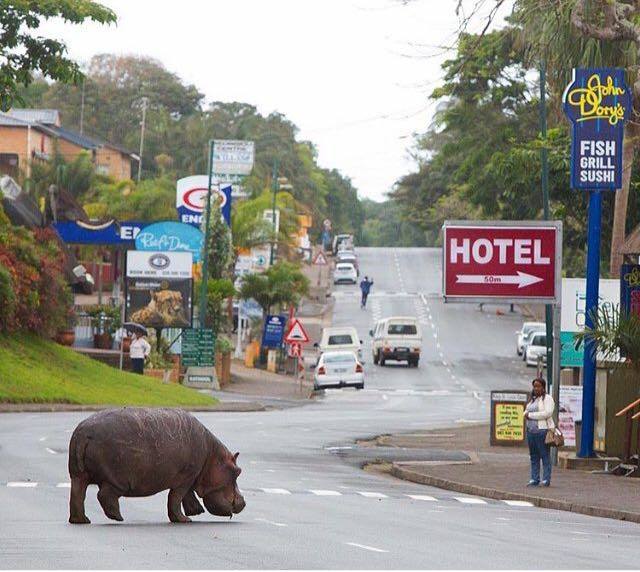 If this were true it would give us a rather exciting yet somewhat dangerous life, it’s not the case, we don’t have wild animals roaming free.  Victoria Falls may be the exception to the rule (did you see the video of the elephant waltzing through town) or St Lucia in South Africa where a hippo may be seen in town occasionally.  But mostly wildlife is restricted to and enclosed in national parks or private game reserves.  In South Africa there are no unfenced parks and in other Southern and East African countries where parks are not fenced, the wildlife tends to stick to protected wildlife areas as population booms have resulted in more human animal conflict and competition for resources, consequently the animals can no longer survive outside of those protected areas.

This is not to say that the national parks or game reserves are like zoos.  They are extensive and pristine wilderness areas often larger than European countries. 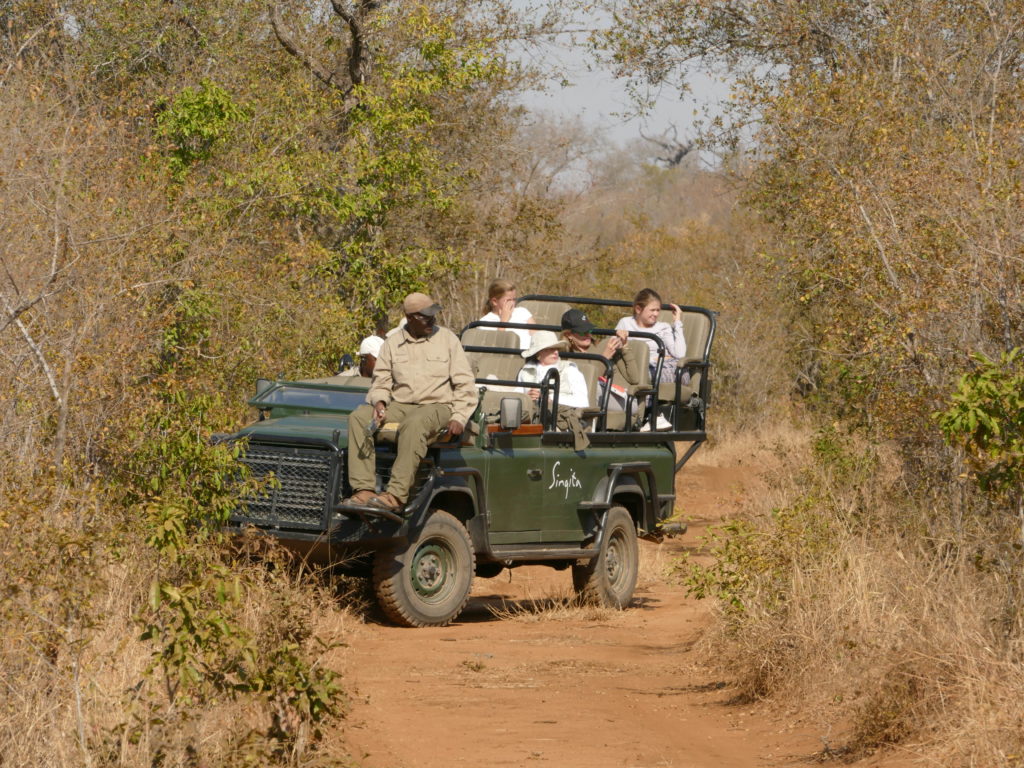 Myth 7: Animals will jump into my open game viewing vehicle

It can be a little daunting to sit in an open game viewing vehicle when a lion walks past, or watching leopard, hyena or any other wild game up close.  What is stopping them from just jumping into the vehicle? No windows and sometimes no sides!

When you go on safari your guides will explain the rules for game viewing and how to conduct yourself in an open game viewing vehicle to ensure your safety.  As a general rule, game perceives the vehicle as one large animal, not the single entities of the people in the vehicle.  The vehicle is too large to be prey and many of the animals have become habituated to the vehicles and don’t see them as a threat.

The primary purpose of viewing game is to see the animal in its most natural state.  Standing up, stepping out of the vehicle, making loud noises, trying to feed the animals and drawing attention to yourself or the vehicle are strictly prohibited.  If you abide by these simple rules, you will be safe.

Open game view vehicles offer incredible photo opportunities and allow you to immerse yourself in the environment.

Myth 8: You can’t drink the water!

This is both true and false.

In almost all cities and towns in South Africa the water is safe to drink.

In the rest of Southern and East Africa it is probably not advisable to drink the tap water unless otherwise stated.

However, and this is a biggie, most of the camps and lodges visited when on safari have introduced reverse osmosis to ensure guests can drink the water and do not need to buy bottled water.

Bring a water bottle and fill it up where you can. 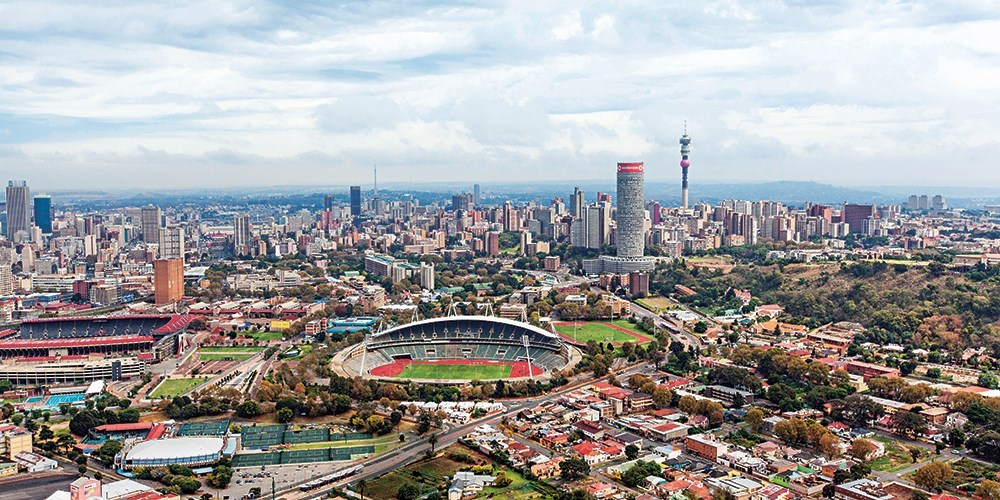 Myth 9: All Africa has to offer is Safari

Southern and East Africa have far more to offer than just our incredible wildlife, beaches and mountains.

Africa’s history didn’t start with colonization, rather Africa’s history dates back thousands of years.  Ethiopia has Aksum, a city in northern Ethiopia known for its tall, carved obelisks, relics of the ancient Kingdom of Aksum. Zimbabwe has the Great Zimbabwe Ruins which was the Iron Age Capital of the Kingdom of Zimbabwe and is UNESCO World Heritage Site.  Namibia, South Africa and Zimbabwe have rock art that dates back 2 000 – 6 000 years with some dating back as far as 25 000 years.

Africa is far more than a safari.  Africa is worth digging below the surface and preconceived ideas to understand the countries and all they and their people have to offer. 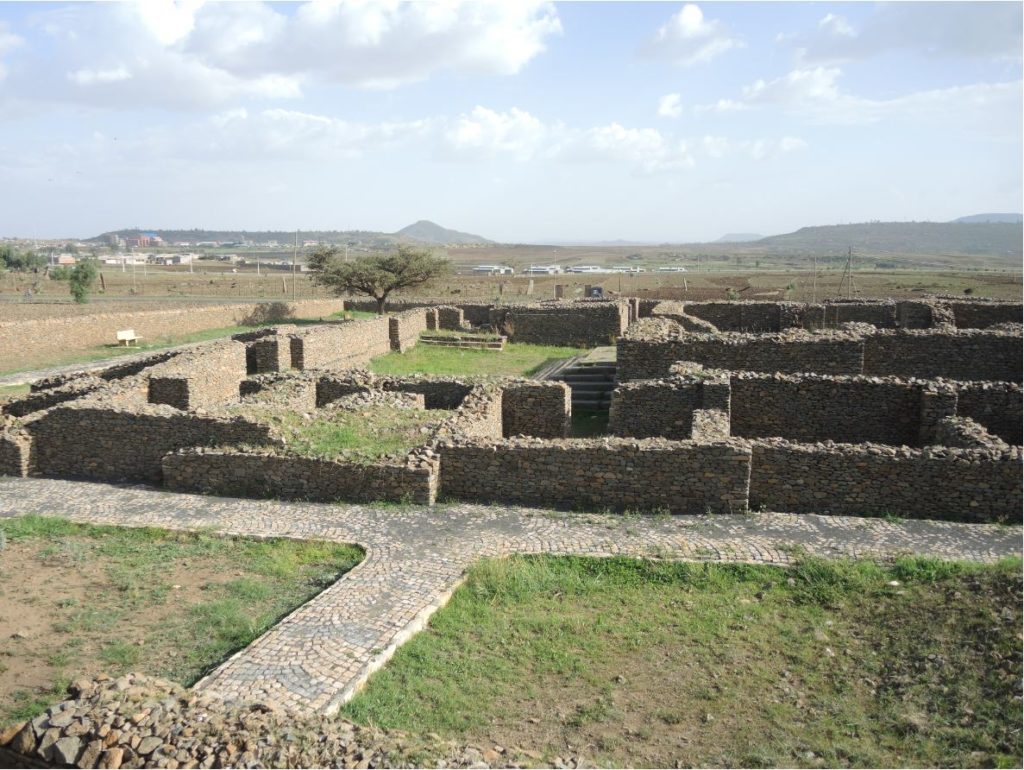 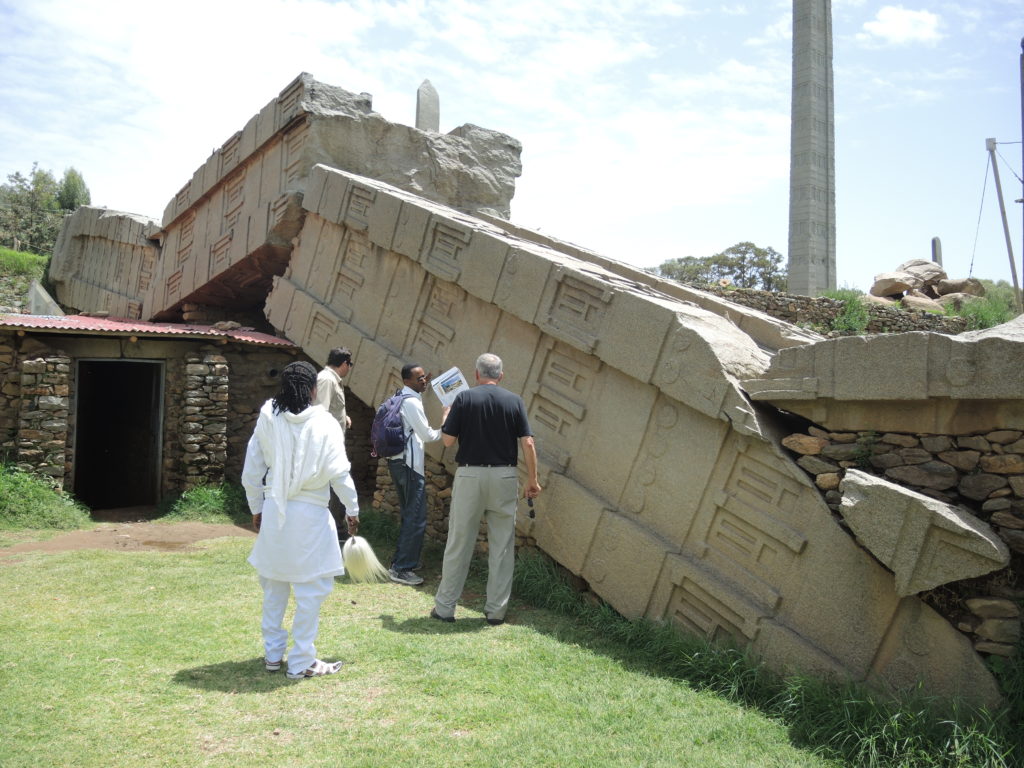